I wrote my first novel just to see if I could do it. I was already writing comic books and pieces for magazines and newspapers and I was curious if I could tell a story in novel format. Would I be able to stick with it and complete the story? It turns out I was able to finish it and my first attempt at writing a novel was absolutely terrible, but I finished it and that gave me the confidence to try it again. That second novel turned out to be my first published novel, EVIL WAYS.

I love telling stories. I have been creating stories for as long as I can remember. Eventually, I decided I should start writing them down. Ha! Ha! My grand dream, when I was a kid, was to be a comic book artist. I started writing so I would have stories to draw. It turns out, I’m a better writer than I ever was an artist so, thanks to some excellent advice of a friend, I focused on writing. A few years later, I sold my first professional comic script. Four years after that, I sold my first novel. Thankfully, all these years later, I still love telling stories.

I really wish I had a good answer for this, but I don’t. I’m not sure what you call my style. I wrote how I write. It works for me. Every story starts with the characters. Once I get to know them, I drop them into a scenario and follow them, throwing obstacles I their way as we go. My style is also constantly evolving. I learn new techniques and tricks as I go and that adds to my style.

When my first novel, EVIL WAYS came out, a friend read it and gave me the nicest compliment I could receive. He told me that he could hear me reading the book to him as he read it. That first novel is probably the most “me” of anything I’ve written. I had no idea what I was doing and there are things I did, stylistic choices made on that first book that I would do differently today because I have learned a thing or two since then.

First, I decide what kind of cover best serves the story. For EVIL WAYS, a design cover works best and that same branding carries over to EVIL INTENT in terms of cover design. DEADLY GAMES! works best with a photo cover. That was a fun one to design, shoot, and assemble. In more recent times, I work with a professional cover designer like Jeffrey Hayes. That makes the covers pop even more. In the case of work I do for publishers that are not me, I often have no say in how those covers are designed.

Both. I get energized by the creative process, but after many long hours in the office, I do find myself physically and mentally tired. It’s a lot of work, but I love it.

I think the most common trap is thinking that there is a short cut to success. The truth is that most writers found their success in different ways. Not all writers have the same goals so their paths may be different. The measure of success is different for each writer. You have to determine what success look like for you. Once you do that, set attainable goals and work toward them. Goal #1 should not be “become a bestselling author and make millions” because that is hard to obtain. My first goal was “get published” and eventually, that happened. Then, I had the next goal ahead of me and on and on. There’s always another goal.

I am my own worst enemy. There’s an old joke, “I am a writer. Today, I will write. But first…” As writers, we seem to spend more time trying to get out of writing than we do writing. Odd, huh? It’s easy to get sidetracked with family, work, friends, responsibilities, pandemics, and the internet. I am often asked how do I “find” time to write. The answer is that I don’t. I “make” time to write. I am my own worst enemy.

Yes. I make sure that every book I write has a story with a beginning, middle, and end. Now, that’s not to say that the story doesn’t continue on, as in the case of my SNOW series, but each book has a full story. As a reader, I hate to get to the end of a book and read the words “to be continued” with nothing resolved. I make sure the main story is resolved in each book.

This could be a long list, but I’ll keep it short. Michael Connelly’s Harry Bosch novels are excellent. Alex Kava’s Maggie O’Dell and Ryder Creed novels are great reads. There are so many others like Paul Bishop, Gary Phillips, Sean Taylor, Nicole Givens Kurtz, Kimberly Richardson, Van Allen Plexico, Keith DeCandido, Jonathan Maberry, Derrick Ferguson, and more. There are a lot of fantastic authors putting out great reads.

I have based characters loosely on real people, usually as a starting point to build the character on top of the real persons personality, quirks, etc. Sometimes, I just start from scratch and build a character that way. Plus, I have had friends ask to be killed off in one of my books and I have obliged a few of them. One even wanted to be a villain so I made him a villain in one of my novels. It all depends on the character and what I need from them.

I research whatever I need. I love to visit real places, walk them, feel the ground, smell the air, breathe in the atmosphere, really get to know it. I also study how things work, how certain jobs are done. I have interviewed and tagged along with professionals to learn their approach to the job at hand. It helps add a hint of realism to the stories and helps the characters feel that much more real to the readers. And sometimes… well, sometimes I just make stuff up.

Getting into the head of a character is always tough. I can extrapolate what it’s like to think like a woman who is a secret service agent, but men and women think differently. Heck, teenagers and adults think differently. While it’s true that I will never truly understand what it feels like to be a woman, I try to get to know my characters to the point that they feel like real people to me. Once I know that character, I can get in their heads. Research also helps. Interviewing someone you think would be a good template to build a character on is also helpful and gives you a solid foundation to build the character upon.

It’s a game of mental gymnastics. I pick a name, play with it, turn it inside and out, see what nicknames might work with the name, see how it sounds since you’ll be writing and saying the name a lot. Then, I search the internet. Is there another character with that name? Is there a real person? Will there be confusion? Then, I start writing and see if it really fits.

I had a scene once that just wouldn’t end. The plan was to follow a group of characters over many chapters as they tried to get from one place to another while being hunted by a hostile force seeking to do them harm. The scenes dragged and started to feel uninteresting to me. In the dialogue, one of the characters says, “Can’t we just be there already?” I agreed and they reached their destination over the next rise and the story picked up the pace and continued onward. Sometimes you just have to toss a plan and move on.

It depends. I wrote a novel once in three months. Another took eleven years (with a lot of downtime in between writing sprints). It also depends on the deadline.

Kindle is probably the best in terms of pure numbers. Audio started out strong, but has tapered off during the pandemic for some reason. Audible’s PR issues may have impacted that as well. Most of my print sales happen at live, in person events. It’s been over a year since I had one of those and the print numbers have dropped as a result. I continue to promote all formats though. 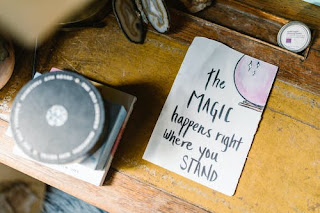 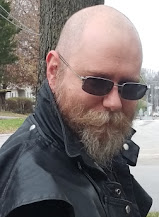