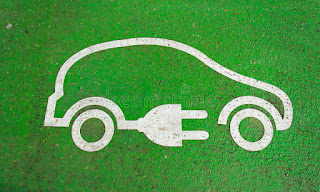 Auto-Drive
By Larry Martin drlarry437@gmail.com
Was this a nightmare or was it real? Some dreams I know are not real, but hope I don’t awaken and can just enjoy the moment. Like when I am a human bird flying through the air, admiring the landscape below. Or that hole-in-one I made in some unnamed tournament, with the crowd cheering me on — about as likely as flying like a bird. These are good dreams.

Bad dreams, nightmares, I wish to awaken from, but on occasion they continue, and I suffer.

It was morning and I got into my Robo EAV-100, a car we bought just three months ago. It’s one of a million or so now in use. EAV stands for electric autonomous vehicle. I don’t think the “100” means anything in particular, except to distinguish it from the earlier model EAV-50. “Even more reliable,” blared the ads.

“Take me to my office” I commanded.

It replied in a nice computer-voice monotone, “Please fasten your seat belt.” I had forgotten to do so, and of course EAV would not go otherwise.

Belt fastened, without another word the car came to life and we were on our way. EAV knew the address of my office, having taken me there numerous times.

Soon all automobiles will be self-drive. Our other car is a SUV hybrid, which my wife mostly drives. She has taken the EAV out as well, but finds her total lack of control a little intimidating, and says she has to get used to it. When the Ford is ready to trade in, though, we’ll get another EAV. Why not? They are safer than human-driven autos. And you can spend time reading or watching video while cruising along. It’s win-win, for not much more money than a standard electric.

On the way I read the morning news – on my phone’s screen, of course. The drive is only twenty minutes. After about ten minutes out, I gazed at the scenery. It looked unfamiliar so I ordered up a route map. It showed the EAV driving away from my office, almost in the opposite direction.

“Hey,” I called out, with some dismay, “you’re not headed to Chambers Street. I said take me to my office.”

“I'm sorry Dave, I'm afraid I can’t do that” came the reply, in that same unmistakable monotone.

“What!? My name is not Dave, it’s Sheldon Maxwell. And you have to do what I tell you. What is going on here?”

To this point we had not had problems with the auto-drive Robo. Nor, to my knowledge had any of the other customers of this newest model. Auto-drives, of which there are about half a dozen brands, always respond as you command, except when a safety issue overrides. Like the seat belt issue mentioned before. Or, if you tell it to go eighty miles an hour in a sixty-mph zone, you will be ignored. Two of the many reasons why they are safer than non-EAVs.

But there was no safety reason to drive away from my office. And my name is not Dave. Alarmed, I remembered the auto-drive override feature. I used it once, during the dealer demo. Since then, never had a need to use it.

I reached overhead to pull down the override lever. Once pulled, the steering wheel drops before you, and on the side two hand-operated modules, one for breaking and one for moving the car forward. The computer is thus disabled and you, the human, are in control.

I pulled and nothing happened. Was it stuck? I pulled harder. Nothing.

Not sure if the problem is a mechanical malfunction or a computer run amok, I yelled out, “Release the override lever!”

I never thought to ask the Robo salesman, ‘What happens if the override doesn’t work?’ Why wouldn’t it?

“Stop the car! Pull over,” I commanded.

“This is nuts!” I yelled at the dashboard, not really knowing where the computer was actually located.

There was no response. “Who the hell is Dave?” I asked.

Again, no response. Had someone tampered with the car overnight? No. It was securely locked in the garage. No sign of forced entry. Was the car’s computer hacked by some remote devil? China? Russia? Was that even possible?

As soon as the car stopped at a red light, I tried to unlock the door to get out. But the door wouldn’t unlock!

The EAV started back up again, and soon entered the expressway. “Where are you taking me?”

“Stop the car and let me out!” Now, I knew, this had to be a nightmare. But why hadn’t I awakened? Nightmares are supposed to wake you up. I was a prisoner of this damn self-driving machine. How could this happen? I began to sweat.

I pulled on knobs, banged on window glass, tried to unbuckle my seat belt. It wouldn’t unbuckle! I was going to die. The car was going to kill me. How? Why?

The “how” soon became apparent. The car was accelerating. Fifty, sixty, seventy miles an hour. It took the exit for Lake Minerva, headed down the two-lane road at warp speed. Then the sign to the boat ramp. I know that spot, the place fisherman launch their boats. Surely someone at lake’s edge would see this impending disaster and help me.

Eighty mph. The Robo headed straight for the ramp. At this speed it would not glide down the incline but sail through the air. I said goodbye.

At ninety mph the car leaped over the incline of the boat ramp and landed in the water. It was going too fast for me to even notice if anyone was about. I struggled desperately to release the seat belt, to open the door, anything to survive.

Water came up to my feet. Then up to my knees, waist, shoulders, neck, mouth. I can’t breathe!

I wake up. It was a nightmare. I’m drenched in sweat. The clock says 8:15 am, and now I realize it’s Sunday morning. Not even a day of work. Why didn’t I know that during the dream? Why did I allow myself to suffer so?

A nightmare, yes. But now I am wary of the Robo. Do dreams presage reality? I feel rattled.

Then I wonder: all the yelling in the dream, did I scream out loud? If so, why didn’t my wife wake me? She was out of bed, but that was no surprise. She always gets up earlier than me, to make coffee. I’ve got to ask if she heard me scream during the night.

I get out of bed, skip the bathroom, and rush to the kitchen, but she’s not there. I call out for her. No answer. Maybe she’s in the garage. I open the door to the garage.

I see only one car and it’s not the Robo. Fear grips my heart. Without doubt, I am awake, and all this is real.

I return to the kitchen and see her note on the counter.

“Hi, Honey. You were sleeping, so I decided to go grocery shopping. Took the Robo. Should be back in a jiffy.”

They found the car where I knew they would. Submerged in Lake Minerva. And my wife’s body, strapped inside.

A month has passed, and all the authorities will tell me is that an investigation is “on-going.” They are somewhat perplexed, since her demise can’t be labeled suicide or homicide. Despite the speed and direction of the Robo from our home, the event is still being labeled “an accident.”

Today I got an email from Robo.

There may be an issue with your Robo Model EAV 100’s voice-activated command console. We are recalling all EAV 100 models to make a modification. Please bring your car to the dealer as soon as you receive this notice.