“How did your meeting go?” asked Lacey.

Detective James Ford shrugged and shook his head. He rubbed his hand through his short brown hair. “Hard to say,” he admitted.

Lacey looked at her husband. Even at fifty-one he was handsome in an understated sort of way. His short haircut couldn’t completely hide the gray that was beginning to show at his temples. His glasses were now bifocals, which irritated him to no end.

“Why is it hard to say?” she asked standing on tiptoe to kiss his cheek. “Don’t you think you can help those people?”

He brushed a lock of her long brown hair behind her ear and looked at her with amusement in his dark brown eyes. “You’re having a short day,” he teased, resting his chin on the top of her head.

She gently punched him in the arm. “I’m in my bare feet.”

“I don’t think tennis shoes add much to your height,” he laughed. “It’s hard to say about my meeting, because I don’t know if there’s anything I can do to help this family. They have a unique situation.”

“Tell me about their problem,” she said.

“Do you remember the jewelry store down in Fayetteville where I bought you that cameo pin for your birthday five years ago?” he asked.

He nodded. “It closed three years ago when Clarence Blakeman died of a heart attack. He must have been in his seventies by then.” He pulled her closer and kissed the top of her head.

“His wife, Nancy, died this past summer. They left two grown sons and six grandchildren. When the lawyer read the will after Nancy’s death, there was a clause stating that she left ‘her jewels’ to start a trust fund to pay for the grandchildren’s education.”

“No one has been able to find the jewels,” he said.

“Her sons have checked all the banks for a safety deposit box. The lawyer searched everywhere he could think of, but there doesn’t seem to be any jewels other than a few pieces she occasionally wore. Not near enough to do what she proposed.”

“What about the jewelry store?”

“When it closed, the building was sold and it was converted into a clothing store by the new owners. They actually were helpful in the search as well, but they didn’t find anything in the building.” He sighed and stood up. “I don’t think I can find any new place to search for them.”

“So what do they want you to do?” she asked.

“The family has scheduled an estate auction for this weekend. They plan to sell everything, including the house, in the hopes that they can recover something for the trust fund she wanted to set up. They want me to go through the house one more time, to see if I can find any jewels before the auction. It’s a last ditch effort to make certain they didn’t miss anything.”

“It doesn’t sound like you’ll have much luck in such a short time. Do you want me to go with you? Two sets of eyes are better than one,” she offered.

“Do you have time to come with me?” he asked.

An hour later James parked his SUV in the driveway of the Blakeman house in Fayetteville. Nancy Blakeman’s roses were blooming in the front yard. The house, built in the 1960’s, was in immaculate condition. A porch ran along the full length of the front and there were two wicker rocking chairs sitting on it. Pink geraniums bloomed in the window boxes under the first floor windows.

The red brick house stood two stories high. The white wooden trim around the windows had been freshly painted. A stone chimney stood at one end of the house and a small porch jutted off the other end. To their right, the outside kitchen door was surrounded with gardenia bushes in full bloom, their scent perfuming the air.

As they walked up to the front door, James removed a key from his pocket. The house was quiet and a little stuffy from being closed for weeks. Dust motes floated in the air, dancing in the beams of sunlight that shone through the windows.

All the furniture in the living room was dated but in excellent condition. A flowered velveteen covered sofa with two matching chairs sat on an expensive oriental rug. Brick-brac and vases stood on several marble-topped end tables.

Heavy maroon damask drapes were pulled back from the windows. The framed photos of family members that had hung on walls and stood on the mantle over the stone fireplace were now packed up in boxes.

“Mrs. Blakeman must have liked to crochet,” said Lacey, noting all the hand-made doilies decorating the tables and chair backs.

James nodded absently as he looked around the room. “I don’t know where to look that the family hasn’t already searched,” he mumbled.

Maple wood cupboards ran along two kitchen walls and a large china cabinet stood against the far wall. Lacey envied the size of the kitchen when compared to her smaller one. When she checked the pantry, all the shelves were bare.

The cupboards were empty but the china cabinet was full of expensive dishes and crystal goblets. She carefully checked behind the dishes without any luck and there were no hidden cubby holes inside the cabinet.

Next Lacey searched behind all the drawers in the kitchen and the huge antique cabinets standing in the hallway.

The two of them spent hours looking for hidden compartments of any kind. They checked behind the oil paintings hunting for a hidden wall safe, and knocked on walls and checked floorboards and stairs for hidden spaces.

Neither of them found anything.

Lacey sighed as they both met back in the living room. “Well, hopefully they’ll be able to sell all of this,” she said, waving her hand at the furniture. “I’d buy some of these crocheted doilies. They’re quite lovely.”

While she spoke she picked up one of the beautiful doilies and studied it. An elaborate and complicated pattern was crocheted with tiny beads sewn into it. She frowned and looked closer at the beads.

Suddenly she sucked in a breath of surprise. “James, look at this!”

Lacey held the doily out for James to see.

“No, look at the beads,” she said excitedly. “They don’t have holes in them to be threaded by the strings into the pattern. I think they aren’t beads at all. I think they’re jewels.”

His eyes widened and his mouth dropped open. “Are you sure?”

He fingered the colored beads and pulled the doily closer to his eyes. All the beads were incorporated into the pattern by threads that surrounded them, holding them in place.

“You’re right. They don’t have holes in them. No man would notice something like that. Lacey, you’re a genius.”

The two of them looked around the room at the multiple doilies decorating the tables and backs of chairs.

“There are more of these upstairs in the bedrooms, too,” said James. He picked up one from the nearest table and held it up to the light. White threads were interwoven around tiny clear glittering stones. “These look like diamonds.”

They walked through the house gathering up all the doilies, large and small. Each one was decorated with jewels, some in the multi-colors of ruby, emerald and sapphire, some with clear stones. When they finished they laid them out on the dining room table and Lacey counted thirty-three doilies. She looked up at James in awe.

“There must be hundreds of thousands of dollars worth of jewels in these,” she said softly in amazement.

“I imagine when the jewelry store closed she brought all the loose jewels home and began using them.” He grinned. “I’m so lucky to have you, Lace,” he admitted, using his pet name for her. “You’ve helped me solve another case. The family will be thrilled when I take these to them. Do you want to come with me?”

Her face split into a wide grin. “I sure do.”

James carefully put the doilies into a cloth bag he found in a closet. Lacey held them on her lap as he drove to William Blakeman’s house. When they showed them to William’s wife, June couldn’t believe what they’d discovered.

“William will be amazed. We’ve all seen these whenever we visited Nancy and had no idea they held a treasure’s worth of jewels,” said June. “Thank you so much for figuring this out. I’m sure William would have sold them at the estate sale and never known what he lost.”

“Lacey should get all the credit. I was as oblivious as William,” admitted James, smiling at his wife. “This time she was the better detective. 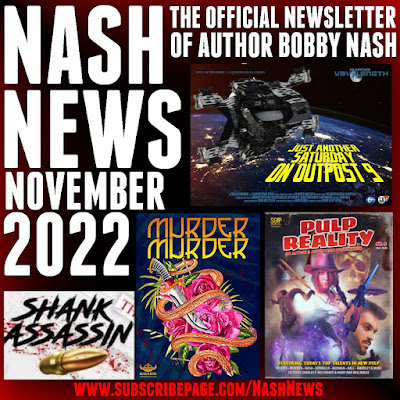