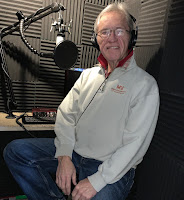 Mark Bielecki is a narrator and author of digital and audio books, primarily in the Mystery / Thriller genre. He became an audiobook a narrator in mid 2020 and has narrated and produced numerous titles since then. He’s a founding member of Inficons – The Independent Fiction Consortium. His passion is The Golden Age of Detective Fiction and blogs at Dr. Whodunit. He lives and works in Kalamazoo, MI with his wife Kathy and dog Charli.

Austin S. Camacho is the author of seven novels about Washington DC-based
private eye Hannibal Jones, five in the Stark and O’Brien international adventure-thriller series, and the detective novel, Beyond Blue. His short stories have been featured in several anthologies including Dying in a Winter Wonderland – an Independent Mystery Booksellers Association Top Ten Bestseller for 2008. He is featured in the Edgar nominated African American Mystery Writers: A Historical and Thematic Study by Frankie Y. Bailey. Camacho is also editorial director for Intrigue Publishing, a Maryland small press.
#####
LAWRENCE MARTIN 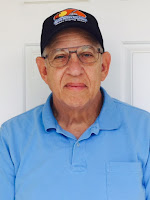 Larry is a retired physician from Cleveland, where he practiced pulmonary medicine for 39 years. He and his wife retired in 2015 and moved to The Villages, Florida. In his medical career Larry wrote several medical books, for both doctors and a lay audience. One of his textbooks is still in print after thirty years, and sells world-wide (about arterial blood gases).
Close to retirement, Larry turned to writing fiction, which now comprises about a third of his published 22 books. Two of his novels have won awards with the Florida Writers Association’s annual contest, the Royal Palm Literary Awards. He has also written numerous short stories, several of which are also RPLA winners.
The Villages, the country’s largest retirement community (130,000), has a very active writing
culture, with over a dozen clubs devoted to the craft. Its largest writing club is Writers League of
The Villages (WLOV), with over 150 members. In 2017 Larry was president of WLOV. Back
then he also created the club’s newsletter, and has been its sole editor. Each monthly newsletter
runs 10-15 pages, and includes much information of interest to all writers, wherever they live.
All the newsletters are posted on WLOV’s website. (Click
on “Newsletters” in the top banner.)
Websites for Larry’s writing include:
 Facebook Author Page
 Amazon Author Page
 Selected short work, including essays and short stories
 List of all his books, in and out of print
Including non-fiction, Larry has published in eight different genres. His fiction work spans four
genres and includes the books listed below. All are available in print and as a Kindle ebook. The
Wall will soon be available in an audible version, narrated by Mark Bielecki.
Middle-grade fiction:
The Boy Who Dreamed Mount Everest

Contemporary fiction:
Consenting Adults Only
The Wall: Chronicle of a Scuba Trial

Short story collection:
What Just Landed in The Villages? and Other Short Fiction 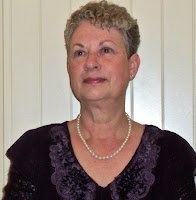 Sandra Olson is a retired Registered Nurse with experience working in several hospitals in Texas, Arkansas and Maine, she taught in a Vocational Nursing School, and spent a short time as a prison nurse at the Women’s Correctional Facility. (Some of her experiences are mentioned in my novel Behind Prison Bars.)
She worked in OB, Pediatrics, NICU, Dialysis and Geriatrics.
She retired in 2016 from nursing to take care of family members with health issues after her husband had a spinal stroke and her elderly mother needed heart surgery.
She writes medical thrillers and mysteries expanding on actual experiences she had as a nurse. She is working on book #10 in a private detective series starring James Ford, an ex-cop from Bentonville, Arkansas.
She is married with three grown children and seven grandchildren. None of her writing has explicit sexual content as she doesn’t want her grandchildren to be embarrassed by her novels.
Sandra is one of the founding members of Inficons and a member of Sisters in Crime.
Titles include:
Murder by Proxy
Behind Prison Bars: A Medical Thriller
Hidden Mysteries: A James Ford Mystery
His Haunted Past: A James Ford Mystery
Toxic Blood: A James Ford Mystery
#####
JED O'DEA

Jed O’Dea worked with Government contractors for over 30 years analyzing manuscripts, investigating another writer’s intent, differentiating between science and science fiction, separating conflicts between what was written from what was meant, and squaring specificity with conciseness. As a technical writer, he was required to draft compelling documents with clarity which presented inarguable facts, proved claims, and expose probable risks of misstatements. Coupled with his pension to discover honesty in news reporting and expose journalistic malpractice, Jed has used his work experience as an engineer, technical writer, international businessman, and entrepreneur, to author the Tucker Cherokee series of thrillers. He strongly believes the only way to survive in today’s world of information overload is with a sense of humor. Jed lives with his wife and pets in Virginia but is most inspired to write in his log cabin in West Virginia.
#####
WILLIAM JOSEPH ROBERTS

In a previous lifetime, William Joseph Roberts was an F-15 mechanic and Staff Sergeant in the United States Air Force. He has traveled the world and experienced many things in his few years. During this lifetime, he has been called a Jack of all trades, a Renaissance man and insane squirrel wrangler by his peers.

Since his enlistment ended, he has perused careers as an industrial and architectural designer, design engineer, and now, eclectic writer.
William Joseph Roberts currently resides in the quaint southern town of Chickamauga, Georgia with his loving wife, three freaky-smart nerd children, and small pack of fur babies. 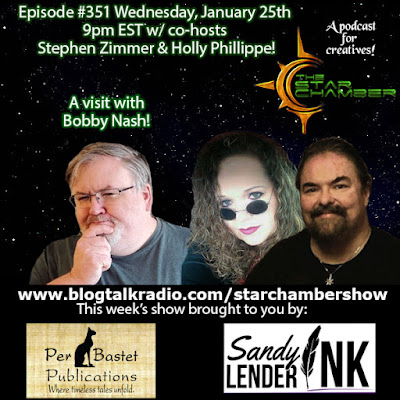